Guess what? Today we went to the Statue of Liberty! April fools! We used virtual reality viewers to visit many different places, but,I choose to write about Lady Liberty, also known as the Statue of Liberty. Virtual reality is when you have goggles and a phone in the goggles and you can see many fascinating landmarks or places or where or whatever you want. With the viewers on everyone was yelling with excitement.

This is Liberty Island. Photo by Mrs. Yollis and Google.

This is Ellis Island. photo by Google Earth

When the “bus” pulled up for us to get on the ferry.  I saw Ellis Island where my great grandmother went to Ellis Island when she was coming to America. We heard many facts including, the seven rays on the crown represents the seven continents. The Statue of Liberty is 151 feet (43 meters) tall, and the base is 305 feet (93 meters) high. The former name of Lady Liberty is Liberty Enlighting the World, it became national in 1924.  The 100th birthday of Lady Liberty was only in 1986! Did you know Lady Liberty was delivered from France in 1888?

Have you been to Lady Liberty, if you have what was your favorite part?

Have you wanted to go on the tour why did you? 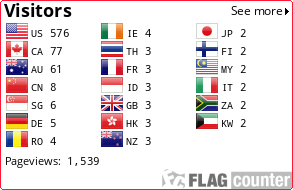